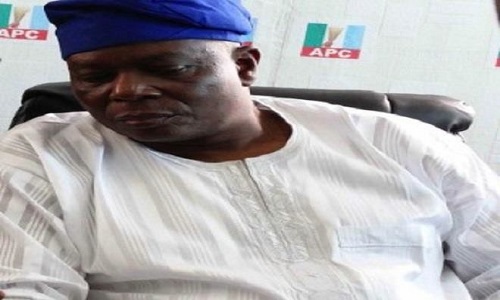 A former Speaker of the Ondo State House of Assembly and governorship aspirant on the platform of All Progressives Congress, APC, Victor Olabimtan, who was kidnapped last Sunday, has been released.

Secretary of the Victor Initiative for Change & Emancipation (VOICE) Gboyega Ajayi, in a statement Wednesday night, said “I am glad to announce the release of Rt. Hon. Victor Adekanye Olabimtan by his captors.

“The former speaker of Ondo State House of Assembly and APC gubernatorial aspirant was abducted on the evening of Sunday 10th of January 2016, on his way to Abuja.

“He was released some minutes ago and is currently undergoing medical checkup and treatment.

“We thank and appreciate the Federal government under the able leadership of President Buhari, the Nigeria Police & other security agencies, Leaders of All Progressive Congress (APC) at the national & Ondo state chapter.

“We also thank the good people of Ondo state, all friends & associates of Olabimtan and the general public for your prayer and supports”.

It would be recalled that the former lawmaker’s captors demanded a ransom of N20m but unconfirmed reports say his family settled for N3m ransom before he was released last night.