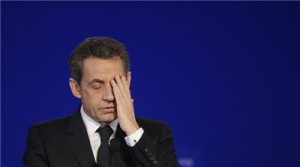 Former French President Nicolas Sarkozy has been put under investigation over alleged irregularities in his 2012 re-election campaign finances, a statement by the Paris prosecutor’s office said. The decision, which was announced on Tuesday, is seen as a blow to the 61-year-old politician’s hopes of running for president again in 2017.

He was questioned before being notified that he was under investigation for “suspected illegal financing of an election campaign for a candidate, who went beyond the legal limit for electoral spending.” He was also designated as an “assisted witness” in connection with “accusations of using false documents, fraud and breach of trust,” the statement by the prosecutor’s office said.

The move is a prelude to a possible trial, but does not lead automatically to prosecution. However, it means Sarkozy will be tied up in legal proceedings for months to come, making it hard for him to contest a centre-right primary in November ahead of a 2017 election.

The former president has repeatedly denied knowledge of dual accounting and some 18 million euros ($20.1m) in false invoices issued by the Bygmalion event organisation company that meant his campaign costs were more than double the legal limit.