Home Metro News I Was Not Walked Out By Reps During Budget Defence Or Under...
Facebook
Twitter
WhatsApp 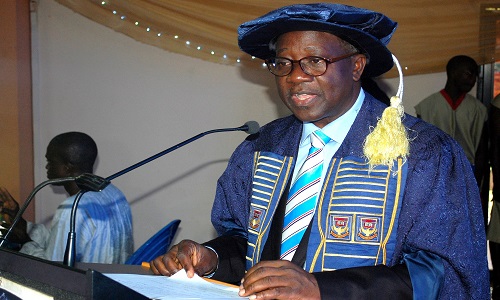 The Vice-Chancellor of the University of Ilorin (UNILORIN) in Kwara State, Prof. Abdulganiyu Ambali, has dismissed reports that he was being investigated by the Economic and Financial Crimes Commission, EFCC, alongside the university’s management.
There were reports that the VC was under the EFCC’s spotlight and was recently walked out by members of the House of Representatives Committee on Education during his defence of the university’s 2016 budget before the committee.
Debunking the rumors in a chat with journalists in Ilorin on Saturday, Prof. Ambali denied he was walked out during his presentation at the budget defence of the institution before the committee.
He added that he presented the budget of the institution before the committee and it was well received.