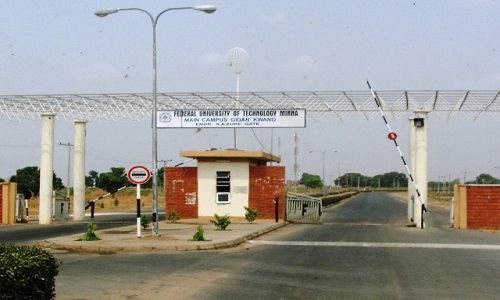 The suspected recruiter for the Islamic State (ISIS), Abdussalam Enesi Yunusa, who was arrested by the Department of State Security (DSS) on Monday, has been disowned by the Federal University of Technology, FUT, Minna.

Yunusa was said to be a 400-level undergraduate student of the University, where he was studying for a degree in Information and Media Technology before he was arrested by the DSS in Kano for his “covert drive to indoctrinate and recruit susceptible youths in the country” to join ISIS.

Disowning the suspected terrorist in a statement by its Chief Information Officer, Mrs. Lydia Legbo, FUT Minna on Wednesday described Yunusa as weak and unserious student.

It also said he absconded after the first semester in the 2014/2015 academic session.

“The said Abdussalam Yunusa was admitted into FUT Minna in 2010/2011 academic session. He was a weak student who last registered in the 2014/2015 academic session but absconded after the first semester.

“From our records, he is in 300- level student and did not register for the current academic session (2015/2016). His course mates graduated in 2014/2015 and are currently being mobilized for National Youth Service”, Legbo stated.

The Chief Information Officer, however, commended the security agencies in their efforts to rid the society of deviants.