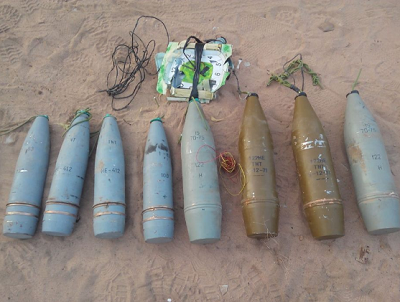 The Nigerian Army has called for calm in Abeokuta, Ogun State capital and environs, as it began detonation of expired bombs and other explosives as well as demolition of unserviceable ammunition in the state capital.

The Army said the detonation of some expired and unserviceable ammunition and explosives became necessary to reduce the risk associated with their continuous storage.

The People of Abeokuta have lived under an atmosphere of apprehension following the strange and loud sounds that occurred every day with lightening.

But, the Army in its statement, signed by the new Army Public Relations Officer of 35, Artillery Brigade, Alamala, Abeokuta, Major Rilwan Ishida, Friday, said the exercise would last for six months.

The Army further urged the people of the state not to panic anymore as the exercise continues.

“The Purpose of the demolition exercise is to reduce the risk associated with the continous storage of unserviceable and obsolete ammunition and explosives at the Nigerian Navy Ordinance Depot.

“It should be noted that demolition of explosives and ordinances come with loud noise that might be frightening especially to the elderly and babies”, the Spokesman of 35, Artillery Brigade of Nigerian Army, said.