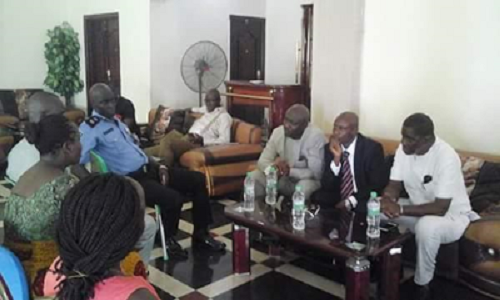 The Delta State Government on Wednesday promised to assist in the rehabilitation process for Ese Oruru, the 14-year-old girl allegedly abducted by one Yunusa Yellow, from Bayelsa State and taken to Kano State, where he reportedly converted her to Islam, married her and impregnated her.

The Delta State Government said it would ensure the minor’s quick return to school after she has given birth to the child of her alleged abductor.

It would be recalled that when Ese was reunited with her parents over a week ago, medical tests confirmed that she was already five months pregnant.

The delegation of the Delta Government, where Ese hails from, led by the commissioner for information, Patrick Ukah, during a visit and meeting with her parents at the office of the Bayelsa State Commissioner of Police, Mr. Peter Ogunyanwo, reportedly stressed the preparedness of the Governor Ifeanyi Okowa administration to partner the Bayelsa Government to ensure the minor returns to school and continue her life.

According to a source privy to the meeting, the commissioner expressed joy that Ese was doing well since returning to Bayelsa from Kano.

Mr. Ukah also reportedly expressed gratitude of the Delta State Government to all who played a role in the return of Ese to Yenagoa, adding that the law should take its full course against Yunusa, her alleged abductor.