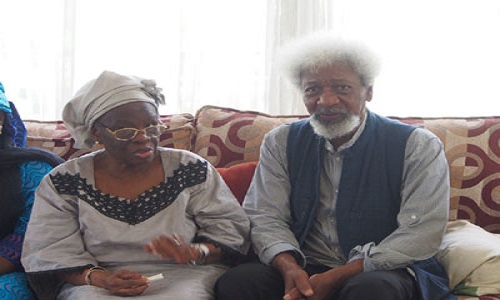 Former President, Dr. Goodluck Jonathan, has described the late lawyer, Dr. Tunji Braithwaite, as a strong democracy advocate, who contributed to national development.
The former president stated this in a condolence letter to the deceased’s family on Tuesday.
According to Jonathan, the late activist, who died on Monday, aged 82, was one of the few courageous statesmen in the opposition during the military era.
Jonathan said: “I extend my deepest sympathy at the passage to eternal glory, of an elder statesman, whose tremendous contributions helped to shape the progress of our nation.
“Dr. Braithwaite will continue to live in the memories of many Nigerians as a strong advocate of a truly democratic Nigeria and one of the few who had the courage to stand in the opposition during the military regime.
“I recall our encounters during which, as a strong believer in the unity of Nigeria, he clamoured for a national dialogue, seeing it as an avenue through which lasting unification of the country could be achieved. He never stopped advocating policies that would improve the quality of lives of Nigerians.
“His family will be comforted by the fact that his legacies as a lawyer, author and a pro-democracy activist and contributions to national development and humanity will continue to endure.
“I pray that God Almighty grants his soul eternal repose and imbue his family and the nation the strength of spirit to bear his absence”.
In the same vein, Nobel laureate, Professor Wole Soyinka, yesterday led eminent Nigerians, who visited the Lagos home of the late Dr. Braithwaite, to commiserate with the family.
The renowned playwright, however, faulted those who called Braithwaite an elder statesman.
“The word elder statesman means he was retired but I will refer to him as a counter statesman, who always put government on its toes”, Soyinka said.
The Nobel laureate said Braithwaite was always on the side of the people.