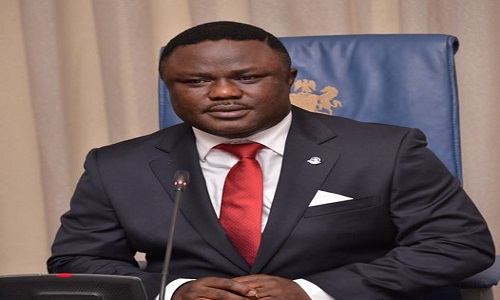 Most parts of Cross River State, beginning with Calabar, the state capital, will soon enjoy 24-hour power supply, Governor Ben Ayade has said.
The governor spoke yesterday in Calabar when he hosted the management team of SkipperSeil, a United Arab Emirates (UAE) firm, whose officials were in the state to build a 100 megawatts (MW) solar farm.
Gov. Ayade, who only just returned to the state after about two months abroad where he went to woo investors to the state, recently signed a Memorandum of Understanding (MoU) with the Dubai-based energy firm.
He stressed that embedded power generation was key to achieving the target.
He said: “It is the only way the state government can control what it generates to provide the electricity needs of the big factories coming into the state.
“Given challenges we have in the country, with power generation on the decline, we cannot afford to bring the big factories into this state while waiting for a national solution.
“So, with this robust project of additional 100 MW and putting it into the national grid, we have no control on how the national grid will distribute the 100 MW. That is why we are looking at an embedded generation system where, within the shortest time, we will deploy a minimum of 38 MW to Calabar. That way, we are guaranteeing a 24-hour power supply within the shortest time”.
Group President of Skipper T&D, a division of SkipperSeil group, Jitender Sachdeva, said the project was based on the MoU between the state and his firm during the governor’s visit to Dubai.
Sachdeva, who was accompanied by the joint President and CFO of SkipperSeil Limited, Praveen Gupta, said an advance team from the firm conducted studies in Ogoja, Ikom and other areas.
Jitendei noted that the transmission studies were carried out so that power could be connected to the transmission network.
He said the solar farm would be “the biggest organised solar farm in Nigeria”.
Jitendei said: “Our main aim is to support the governor to light up Cross River State.
“All said and done, we should be providing approximately 40 MW in 365 days. Forty MW is a permanent solution; the temporary solution like the diesel-fired or gas-fired will be 38 MW, which will give a standing support in the current situation where there is no power to support the industries”.