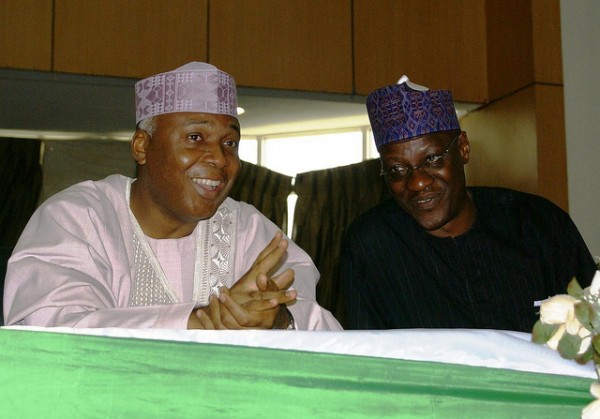 The Kwara state government has denied paying salaries to Senate President Bukola Saraki for four years after his tenure as governor of the state ended on May 29, 2011.

A prosecution witness and detective of the Economic and Financial Crimes Commission, Michael Wetkast, in his testimony against Mr. Saraki on Wednesday, told the Code of Conduct Tribunal that the Senate president received regular salaries after the expiration of his tenure on May 29, 2011.

Since that time, Mr. Wetkast said the ex-Kwara govcernor received his salaries and pensions regularly till 31, August 2015, before the payments stopped.

Reacting to the claim, Secretary to the Kwara State Government, Isiaka Gold, yesterday said Saraki’s last salary was N291,474.00 for the month of May 2011.

He said that since May 2011 when he left office as governor, what Saraki had been receiving from the state was pension, not salary.

“From June 2011, former Governor Saraki started receiving his pension, which was N578,188.00 as other past governors in the country”, Gold said in a statement.

The statement added that after the review of pensions of former political office holders by the state pension board, the former governor’s pension increased to N1,239,493.94 monthly from October 2014 to date.

“Kwara State Government, therefore, dismisses as false and misleading, the allegation that former Governor Saraki was receiving salaries after the expiration of his two-term tenure as governor of the state”, the statement read.

It also advised “Interested stakeholders should seek clarification from appropriate authority to avoid misleading the public”.