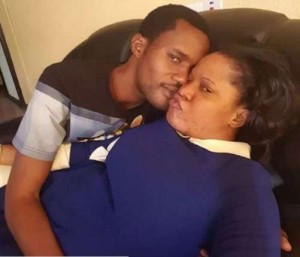 Apparently, it doesn’t seem like this drama between Toyin Aimakhu and her former lover would end anytime soon.

Her former lover, Seun has been revealing dirty secrets about their love life to anyone who cares to listen.

Just recently, he claimed to have been the first man to sleep with her before adding another one that she is never satisfied in bed not to mention the time he threatened her career saying that she is finished as an actress.

Seun has now surfaced online with another new revelation.

In a recent interview with Goldmyne TV, the Ebony Films Production Nigeria Limited boss revealed that he is happily married with two kids. In his introduction of himself, he said:

“My name is Oluwaseun Olajide Olasunkanmi, well known as Seun Egbegbe. Am a native of Ogun state, Abeokuta. Am a Nigerian movie maker and also a Nigerian music promoter. I am happily married with two kids.”