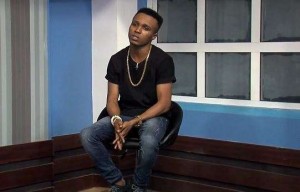 Fast rising superstar, Humblesmith has opened up on how he hawked to survive and pay for his fees.

The ‘Osinachi‘ crooner who was raised in a family of 10 and grew up in Ebonyi state, revealed in an interview with Notjustok how he hawked moi moi in the streets to raise money for the family.

“Me and my younger ones did a whole lot to make things easy for us. We normally hawk in the street, we hawked moi moi in the streets to raise money for the family, feed and raise our school fees.

But me I did a whole lot to raise money for my studio sessions.”

He further revealed his parents tried stopping him from doing things (like running off to the studio) that would distract his education.

The singer recently reacted to reports that OBO crooner, Davido payed him for the collabo, and also insisted that he does not feel Davido insulted anybody on that track.

Humblesmith said; “No, I have not. Osinachi still means ‘From God’ irrespective of the person that was featured in the remix or the lines he dropped,” he said.

“I don’t think he insulted anybody in the song. Music is life, it is reality. It lets people know what is happening in your life. Davido said ‘My humble father sinachi, my loving daughter sinachi, Dele Momodu sinachi, no be by force to go Dubai’. That is what is trending in his life. Don’t forget that there is a place he said ‘I forgive and forget.”

Debunking reports that he was paid, Humblesmith said “that is social media for you. I did not pay Davido and he did not pay me also.”