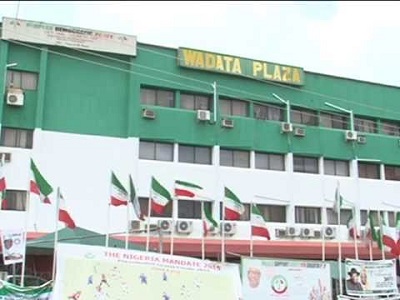 Aggrieved Peoples Democratic Party, PDP, youth have rejected the composition of the four special committees constituted by the national chairman of the party, Senator Ali Modu Sheriff, saying that is not how to reward their loyalty and sacrifice for the PDP.

Mr. Sheriff constituted the committees ahead of the National Convention of the party billed for May 21, 2016.

A statement on Monday by the National Organising Secretary of the Convention, Alhaji Abubakar Mustapha, said the committees were set up for the overall rebuilding and repositioning of the PDP.

The committees would be inaugurated today, April 5 at 2pm at the PDP National Secretariat (Wadata Plaza), Abuja.

The statement read: “We have consulted widely and aggregated the concerns of the highly dynamic youths in our great party, the Peoples Democratic Party (PDP) on the various committees set up by the leadership of the party led by the National Chairman, Alh. Ali Modu Sheriff.

“Therefore, we wish to unmistakably state that these lists as composed without substantial inclusion of the youths is unacceptable and injurious to the rebuilding of the party.

“By our findings, we dare say that this is the worst composition of committees in the history of the PDP as far as the youths are concerned without any genuine representation. It shows a clear lack of concern for the youths and in every aspect contravenes the Recommendations of the PDP 2015 Post Election Review report chaired by the Deputy Senate President, Senator Ike Ekweremadu, which identified the need to improve participation of young people in party structures and functions.

“Bearing in mind that the young constitute over 60 per cent of Party members in all strata, both National and Subnational, this latest action has violated the basic democratic principles of youth integration and inclusion in the party and of which the PDP has identified with overtime. The present should be about making progress and not going backwards.

“We wish to remind the National Chairman that if not for the youths in the PDP and their supporters nationwide, the current autocratic leadership in the country could have totally decimated the party. But we stood our grounds against threat and intimidation to defend the party day and night. The chairman must be properly briefed on the roles the youth have been playing, including sticking out our neck and staking our reputation to salvage the party.

“This is not how to reward loyalty and sacrifice by PDP Youths. This not how to show appreciation to the unflinching support the youths have offered the party. We therefore call on the chairman and members of the National Working Committee (NWC) to make an urgent amend to this painful oversight. And we henceforth, demand fair representation in all the activities of the party”.

“The youths are very strategic to the future of the party and its rebuilding activities. We will support the present leadership of the party to achieve greatness and a successful convention. We are also ready to contribute our own hard-earned resources to strengthen the party. We are committed to a better PDP. Returning the PDP to the people and getting back to a place of national reckoning is a collective responsibility”, the statement concluded.