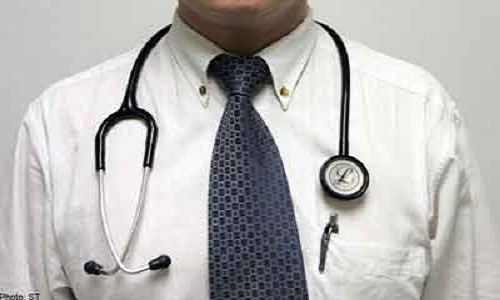 Striking medical doctors in Osun State under the aegis of Association of Medical and Dental Officers, on Sunday suspended their seven months industrial action.
The chairman of the association, Dr Isiaka Adekunle confirmed the suspension of the strike in a telephone interview with the News Agency of Nigeria (NAN) on Sunday in Osogbo.
He said the doctors would report for duty on Monday.
Adekunle told NAN that though the government was yet to meet any of their demands, their decision to resume work was in response to appeals from well-meaning people of the state.
He, however, said that the association would continue to dialogue with the government.
Adekunle said the association took the decision to call off the strike at its Annual General Meeting held on March 30.
He said: “the Speaker of the state Assembly, Mr Najeem Salaam and some other people prevailed on us to call off the strike.
“We also observed that the people who are at the receiving end of our strike are the masses who can only access health care from state owned hospitals.
“Based on this, the doctors unanimously agreed at our AGM that the strike be suspended despite the fact that none of our demands has been met by the government
“While we pray for good fortune for the state and the nation as a whole, when the economy of the state improves, government will have no choice than to answer our demands”.
Adekunle appealed to the government to keep to its promises by not victimising its members who participated in the strike.
“We want a promise from the government that none of our members will be victimised for participating in the strike.
“We believe government will keep to its side of agreement while we keep to ours”, he said.
NAN recalls that the doctors went on strike on Sept. 28, 2015 to protest unpaid salaries and non-remittance of their cooperative and contributory deductions from their salaries to the appropriate quarters.