Home Entertainment ‘I Don’t get Mad at Haters. I’m too Busy Getting Ready for...
Facebook
Twitter
WhatsApp 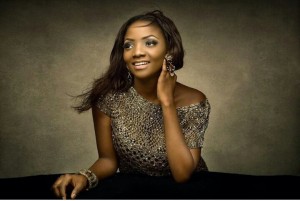 “Some people go out of their way to be cruel,” the singer wrote yesterday while sharing a nice message she received  from a fan. “They don’t even know you, they just feel the need to be mean because it’s their constitutional right,” she added.

There have been a lot of talk about her relationship with rapper Falz, due to the obvious music chemistry in their various songs together and even pictures showing them cuddling.

In his interview with Entertainment News, Falz said point blank that he was not yet in a relationship with the singer. “At this current moment, we are not dating but you never know what the future holds,” he said. Simi on the other hand said she doesn’t mind dating Falz, but they are not dating.e.