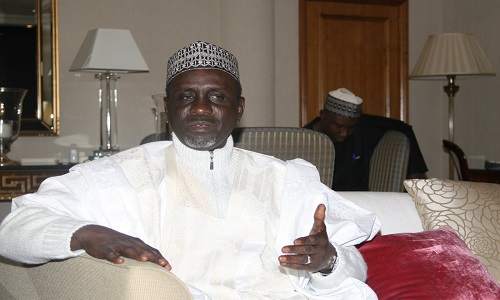 The immediate past Minister of Education, Malam Ibrahim Shekarau, yesterday denied receiving N25 million of the N950m campaign fund shared at his residence before the 2015 general elections.
Mr. Shekarau had last week, while acknowledging receipt of an invitation by the Economic and Financial Crimes Commission, EFCC, to appear at its Zonal office in Kano State in connection with the funds, said a former Minister of Foreign Affairs, Amb. Aminu Wali, pleaded to allow use of his (Shekarau’s) house for the sharing of the campaign fund.
Insisting that was all he knew about the money, the ex-minister, who spoke to newsmen at his Mundubawa residence in Kano shortly after he was released by the anti-graft agency following his questioning, said he was ready to defend himself of any accusation before any commission and or court of law.
Explaining that somebody mentioned his name among the top members of the Peoples Democratic Party, PDP, that were given N25m each to campaign for the re-election of former President Goodluck Jonathan, Shekarau said, “I and the person who indicted me went to the EFCC. I challenged him before the EFCC to prove the allegation but in his response, he said since it was directed that every top PDP member in the state should be given N25 million and that he had received his own share, he assumed that I was also given my own share. Then I told the EFCC that even if it is one naira that I was accused of collecting, I will not pay until it is proved.
“Whoever gives me the money should come out and explain where, when and how he gave it to me and anything short of that, I am ready to stay with the EFCC for years until the allegation is proved”.
He said the EFCC has searched his house and did not find anything incriminating against him.
Mr. Shekarau, a two-term Governor of Kano thanked his supporters, saying he was not suspecting anybody behind his ordeal.