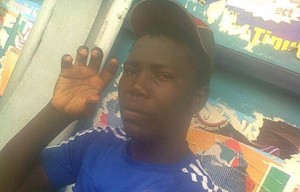 A 19-year-old boy identified as Gafar Ayoola, who resided at 16, Bridge Road, Otto, Ebute Metta in Lagos Mainland, had been allegedly tortured to death while in detention at Denton Police Station, Lagos.

Vanguard gathered that Gafar Ayoola, who was a barber at Okoafo, Badagry Area, was arrested Friday morning by a policeman attached to Denton Divisional Police station, Oyingbo, on his way to board a cab to his work place. It was learned that when news of Gafar’s arrest got to his parents, they stormed the station demanding to know why he was arrested, but the policemen on duty denied having any suspect with that name in their custody.

According to his father, Sulaiman Ayoola, “he was arrested by one of the officers at Denton police station named Taye.

When the news got to us, we went to the police station but the officers on duty lied that they did not see or know the reason behind Gafar’s arrest. “However, this morning (Saturday) at the police station, one of the police officers was trying to pacify us by disclosing that Gafar was rushed to Dunik Hospital at Kano Street by Bola in Ebute Metta (East) where he breathed his last.