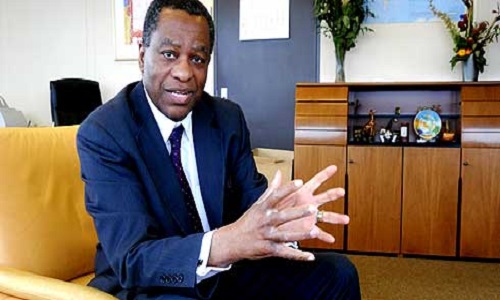 Nigeria has begun the process of appointing a new set of ambassadors in various countries of the world.

The news comes almost one year after the President Muhammadu Buhari administration recalled 26 non-career ambassadors, ambassadors extraordinary and plenipotentiary on tour of duty abroad. The 26 were among 93 envoys posted out in 2012.
Addressing a press conference yesterday in Abuja to mark the first anniversary of the Buhari administration, the Minister of Foreign Affairs, Geoffrey Onyeama, explained the delay in replacing the recalled envoys.
“It is a work in progress; it is being done and may be in short time we will have the list of ambassadors going to various countries. Sometimes, it is on the approach of getting the best hands.

“So we want to be very clear of the ones we send out to represent the country; we want to be sure we have representations that will reflect real vision of this government”, he said.
Onyeama also said that the federal government was set to implement all the pacts it entered into with various countries to achieve the goal of signing such pacts.

According to him, government had set up an inter-ministerial committee to work on them to ensure effective implementation of the agreements.
“So far, what we have done is to set up inter-ministerial committee and identified all the follow up actions and set up timeline for them”.
Mr. Onyeama also stated that government had identified the ministries, departments and agencies that would be responsible for different aspects of what was required in the agreement.
“That is a very concrete follow-up mechanism put in place to actualise the agreements”, he said.
(NAN)