E! announced on Wednesday, June 1, 2016 that Blac Chyna and Rob Kardashian would be getting their own six-episode reality TV series.

The new show will offer viewers intimate, one-hour glimpses into the lives of the biggest threats to Kris Jenner’s empire. 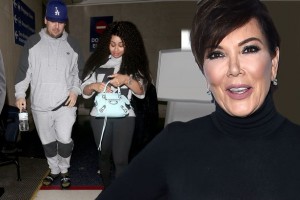 The series is set to premiere on E! later this year and will also lead up to a “special celebrating the birth of the newest Kardashian.”

In a press release, Jeff Olde, Executive Vice President of Original Programming and Development at E!, explained why the network chose to create the series.

“Very few love stories have created as much pop culture buzz as Rob and Chyna’s, and we are thrilled to see Rob in such a happy place,” Olde said. “We are excited to share the next chapter in their relationship.”