The current economic hardship in the country has caught up with Ecobank, as the pan-African lender has sacked over 1,040 of its employees. 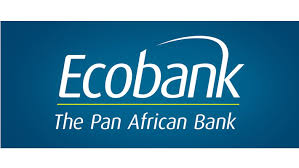 Our sources have confirmed that the affected staff members of Ecobank include full time and contract workers.

Top officials also confirmed to the newspaper that the initial list of those to be sacked had over 1,400, workers but was later reduced to “a little above 1,000.”

Ecobank spokespersons declined to comment on the number of workers who were disengaged.

However, the bank said in a statement made available to Punch that it had converted over 200 outsourced personnel to permanent employees as part of its drive to attract and reward talent, while also repositioning for improved efficiency.

Ecobank Nigeria is a member of the Ecobank Group, which is present in 36 African countries. The Group employs nearly 19,000 people from 40 different countries in over 1,200 branches and offices.

The bank posted over N40bn decline in its profit for the 2015 financial year owing to high impairment charges.