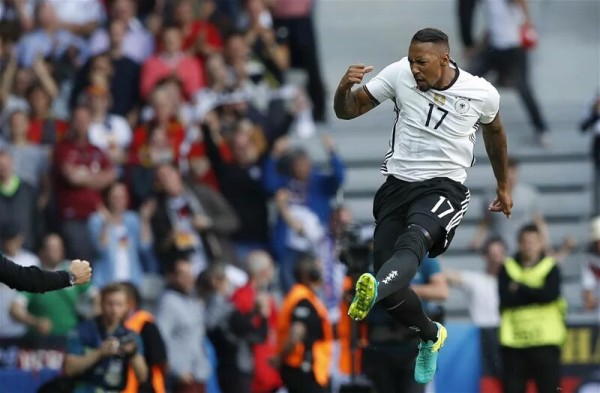 Despite narrow wins in their group stage matches, Germany thrashed Slovakia 3-0 in their Euro 2016 round of 16 match.

Joachim Low’s team have been accused of lacking bite and many pundits talked up the Slovakian team as a possible dark horse.

Germany replied the critics on brutal fashion taking the lead early on through Jerome Boateng’s volley.

Slovakia were given precious little in the match as Draxler assisted Gomez beautifully to double the lead.

Slovakia hardly ever looked a threat as Draxler completed the rout to make it 3-0, a joint record for the highest scoring match in the competition.

Germany are yet to concede a goal in the tournament.