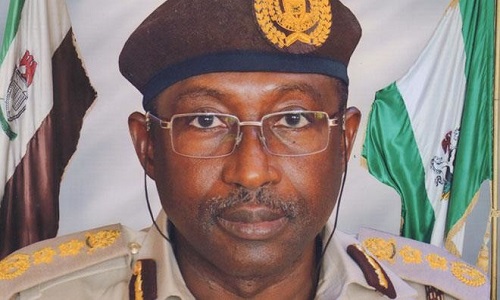 The Nigeria Immigration Service (NIS) is set to overhaul its operations and reposition the service for greater efficiency in line with international best practices, the Comptroller-General, Muhammad Babandede, has said.
Mr Babandede, who made this known in Abuja on Monday, said the service would use inputs received from its officers nationwide to achieve its set objectives.
“I have already directed comptrollers of state commands, assistant comptroller generals in charge of the zones to collate inputs of reforms the people want.
“I want to hear from the officers.
“That is why I gave this opportunity for a compulsory one month parade, during which officers should be free; they will not be victimised.
“They should be free to say whatever they want (to say) against us or against anybody; let’s hear from them.
“If the problem and solution come from the grassroots, we will be able to sit down and articulate a system that is owned by the immigration officers.
“Implementation becomes easy because the idea comes from the grassroots”.
He said NIS would collaborate with SERVICOM and state commands of the immigration service to address operational challenges in the states.
“SERVICOM had done analysis of our services to the public, it’s very disturbing we got fair; and it’s good for me, (it’s) a starting point, they have given some quick fix, I will help them.
“By next year I would like to see how far I have gone on those issues, I would even encourage competition among state commands, including the headquarters, to see which command has the highest performance, with that we will reward that command”.
Babandede also said the Service would decentralise the operations of passport offices in the country in line with international best practices.
“Approval for replacement of lost passports shall henceforth be given by state comptrollers after online vetting and processing of application at the Passport Division in the Service’s headquarters”, he said.
The Immigration boss said as part of efforts to eliminate corruption associated with issuance of passports, the service would ensure that the official fees/categories of passports were made known to members of the public.
He, therefore, appealed to Nigerians to cooperate with the service in its renewed efforts at adhering to international best practices. (NAN)