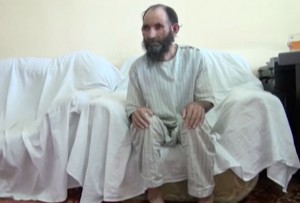 A cleric has been arrested after marrying a 6-year-old girl in Afghanistan.

60-year-old Sayed Mohammad Karim, a Muslim priest claimed the child was a “religious offering” and sent to him as a “gift”.

He said her parents were aware of the marriage.

Although, the child’s parents claim their daughter was kidnapped in June.

The cleric defended the marriage in a radio interview.

He said: “The girl was given to me as a gift and we were married so I could raise her.

After the parents gave their daughter to me, they said, ‘you can take her wherever you want.”

The wedding which hosted 40 guests took place during Ramadan.

A deputy police commander, Mohammed Zeman Azami, said: “This man has said his wedding to this girl was approved by her mother and father.

“We spoke to her parents and they strongly deny they attended the wedding. On the phone, the parents told me their daughter was kidnapped.”

The girl has been rescued and placed in a woman’s shelter in Ghor.

Masoom Anwar, head of the women affairs department, said the girl does not speak, but keeps repeating she is ‘afraid’.

Hospital officials say the girl has not been physically harmed and shows no sign of psychological harm.

The legal age of marriage in Afghanistan, under civil law, is 16 years for women and 18 years for men.

But under Sharia law children can be married, with the permission of their father or grandfather.