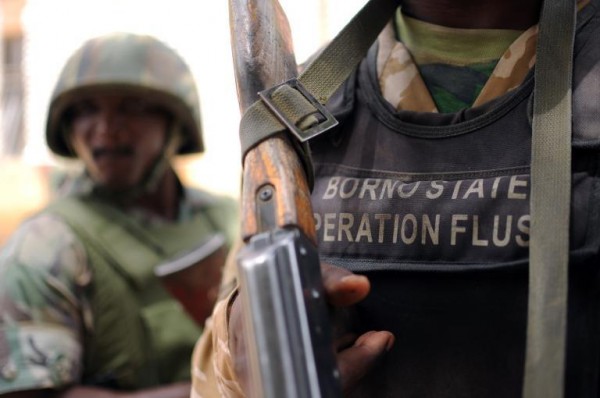 The Borno Government is beefing up security around aid workers in the state following Thursday’s ambush attack on a United Nations humanitarian mission convoy near Maiduguri, the state capital.

The attack by suspected Boko Haram insurgents, resulted in the UN temporarily suspending aid to Internally Displaced Persons (IDPs) in the Northeast.

The Nigerian Army confirmed that two soldiers and three civilians, including UNICEF officials and a contractor, were wounded in the attack, which occurred at Meleri village, a few kilometres from Kawuri – the official gateway to Sambisa Forest.

Speaking with reporters yesterday in Maiduguri, Deputy Governor Mamman Durkwa said that government was worried by the incident.

“We are going to collaborate with all security agencies to mobilize additional security for aid workers in the state to prevent a re-occurrence of what happened on Thursday”, he said.

Durkwa said he had held meetings with officials of the UN Sub-Office in Maiduguri on the issue.

He also debunked media reports that the UN office in the state had suspended aid work over the incident, saying “The issue of suspension of aid work by the UN in the state is not true.

“I met the UN officials and they told me that the attack would not deter them from doing their humanitarian work.

“Throughout our discussions, there was no mention of suspension of humanitarian work in the state”.

In a related development, the UN Children’s Fund spokeswoman, Doune Porter, said yesterday that aid will continue in Maiduguri, which is home to at least a million IDPs.