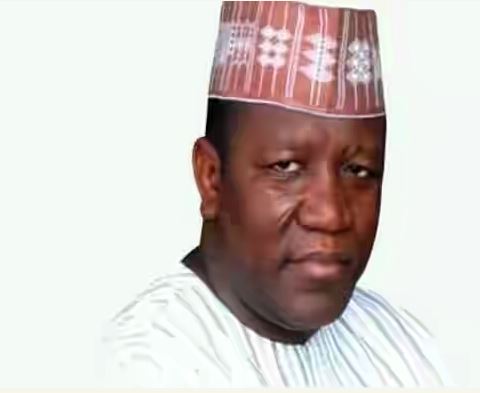 The speaker of Zamfara State House of Assembly, Alhaji Sanusi Garba Rikiji, his deputy, Muhammad Abubakar Gumi, the majority leader, Isah Abdulmumini and the chief whip, Abdullahi Dansadau have been arrested by operatives of the Department of State Service (DSS) and detained in Abuja over their alleged plan to impeach Governor Abdulaziz Yari.
Our correspondent reliably gathered that the remaining 20 members of the Assembly have fled to Kaduna, where they issued a statement, last night, calling on President Muhammadu Buhari to intervene in what they described as abuse of office by Governor Yari.

Though the legislators were short of saying they would impeach the governor, they accused him of misappropriating financial allocation to the state, and failing to implement the budget in the last five years.
The statement, which was signed by the House Committee Chairman on Information, Mannir Aliyu Gidan Jaja, also accused the governor of “corrupt usage of local government funds for state purposes.”
Other charges against the governors by the legislators include “Inadequate explanation of N1 billion commercial agriculture (CBN) loan, non-remittance of pension funds to pension administrators, non-remittance of 5 percent emirate councils funds, the gross misappropriation of bailout funds to the state by the federal government to settle workers’ salaries, including N10b for 2014 and N1.46b in 2016.”
The assembly members also accused Governor Yari of crippling governance in the state through his constant travelling abroad and his refusal to address the issues raised by them.
“Rather he resorted to political intimidation, arrest and detention of principal officers of the House and other supporting staff.”
The statement, therefore, called on President Buhari to give directive for unconditional release of the affected officers.
Meanwhile, the Zamfara State Police Commissioner, Mr Istifanus Shattima, has said that he has deployed additional operatives to stop miscreants from disrupting normal activities at the House of Assembly.
Shattima told Daily Trust that deployment of troops to the Assembly was in response to the action of a mob which attacked the private residence of the speaker.
The attack at the speaker’s residence followed a rumour circulating in the state and the social media, to the effect that members of the House of Assembly were planning to impeach governor Yari.
When contacted to comment on the development, the state commissioner of information, Umar Jibo Bukuyum, did not pick his call or respond to a text message.