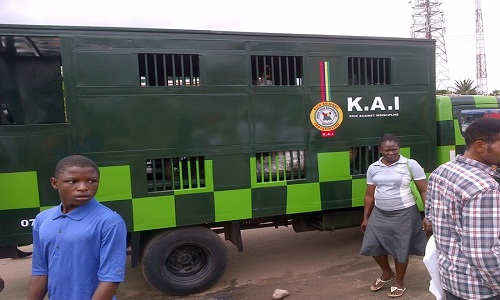 Officials of the Kick Against Indiscipline (KAI) in Lagos State on Monday commenced a crackdown on street traders and hawkers in different parts of Lagos metropolis as hundreds were arrested for hawking on the streets.

The clampdown was in obedience to a directive last Friday by the state governor, Akinwunmi Ambode, that the existing law banning street trading and hawking be enforced in the state.

Ambode warned that the law prescribed six months jail term or N90,000 fine for offenders, adding that the renewed enforcement is in line with Section One of the Lagos State Street Trading and Illegal Market Prohibition Law 2003, which restricts street trading and hawking in the metropolis.

It was learnt yesterday that KAI officials gave teeth to the law as directed by Gov. Ambode with many streets hawkers picked up for allegedly violating the law.

The traders were picked up in areas like Maryland, Oshodi, Ikeja, Ojota among other areas in the metropolis. 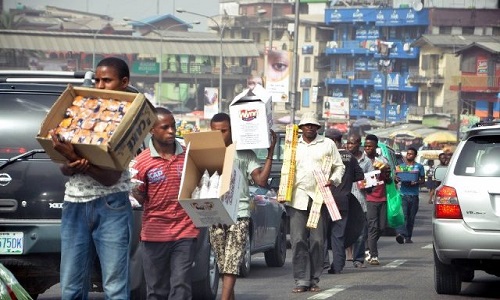 It would be recalled that the Lagos Government decided to go tough on street trading and hawking after hoodlums vandalized Bus Rapid Transit (BRT) vehicles in Maryland last week following the death of a hawker.

The hawker, who was trying to evade arrest by KAI officials, ran into a moving articulated vehicle on the highway and was knocked down, leading to his death.

Following the killing, some hoodlums went on a rampage, destroying BRT vehicles, which they wrongly thought was responsible for knocking the deceased hawker down.

In the aftermath of the hoodlums’ action, Ambode said 49 buses worth N139 million, were destroyed.