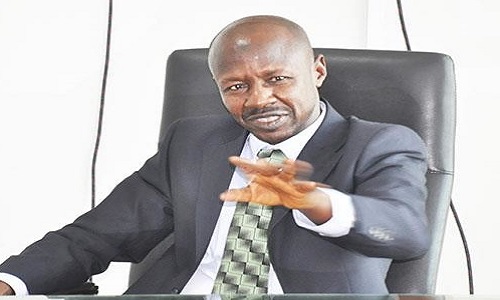 Acting Chairman of the Economic and Financial Crimes Commission (EFCC), Ibrahim Magu, yesterday called on religious leaders to use their platforms to preach against corruption.

He said religion is a veritable means of tackling corruption and other social vices in the country.

Magu made the call while receiving members of the Inter-Faith Anti-Corruption Advisory Committee (IAAC), who were at the commission’s headquarters in Abuja to brief him on their activities.

He said: “Every religion abhors corruption. Therefore, there is the need for us to use religion as a platform to reach out to people to shun corruption in all its ramifications”.

The EFCC boss also called for synergy between the committee, EFCC and the Presidential Advisory Committee against Corruption (PACAC), to effectively use religion as a platform in preaching against the ills of corruption.

”One thing that will not go unnoticed is the contribution you have made, God will sincerely record it for you”, Oloyede prayed.

He called on the commission to produce more copies of the Inter-Faith Anti-Corruption Preaching and Teaching Manual, to ensure adequate circulation to stakeholders.