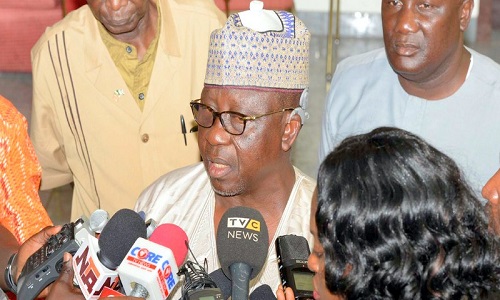 The organized labour in Nasarawa State has directed state and local government workers to disregard the threat by Governor Tanko Al-Makura to sack any worker who does not resume work on Monday.

“The strike we started on July 4 is indefinite; disregard the call by the government to resume work on Monday, July 11”, leaders of organized labour in the state said in a statement issued on Sunday in Lafia.

The statement was jointly signed by the State Chairmen of the Nigeria Labour Congress (NLC) and Trade Union Congress (TUC), Abubakar Adeka and Danladi Sabo-Namo respectively.

The workers embarked on indefinite strike on July 4 to protest the decision of the government to slash their salaries by 50 per cent.

Gov. Al-Makura had while speaking at the celebration of the 35th coronation anniversary of Aren Eggon, Dr. Bala Angbazo, threatened to commence recruitment of fresh graduates to replace striking workers if they fail to return to their duty posts.

The governor, who noted that the 50 per cent slash in salaries cut across both public officers and civil servants in the state, stressed that it was a “sacrifice everyone needed to make” in view of the dwindling economy and sharp decline in state allocation from federation account.

But the organized labour would have none of it as its statement yesterday insisted on continuing the strike while efforts were being made by the labour unions to protect rights of workers.

“We are fighting to protect the rights of the workers and shall not relent until such rights are restored”, the statement declared.

It said that workers were law abiding citizens and would continue to be so in the interest of peace and development of the state and the country.