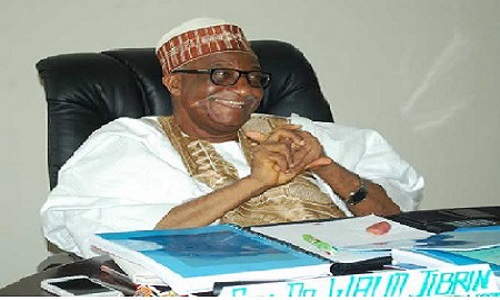 The chairman of the Board of Trustees (BoT) of the Peoples Democratic Party (PDP), Senator Walid Jibrin, yesterday cautioned his predecessor, Chief Tony Anenih, over his statement on the alleged impeachment threat against President Muhammadu Buhari.

Anenih had in a letter to the national caretaker chairman of PDP, Senator Ahmed Makarfi, urged him to call the PDP Senate caucus to order over its “ill-advised” threat to impeach the president.

The former BoT chair said now was not the time for politicking but for all hands to be on deck to salvage the country from its present challenges.

But Jibrin said Anenih’s warning was misplaced, saying there was no such threat from the PDP senators.

At a meeting of PDP BoT members in Abuja on Monday, Jibrin cautioned elders and members of the party to be mindful of their utterances, particularly about issues relating to the polity.

The BoT chairman stressed that statement by the Senate Minority Leader, Godswill Akpabio, and other senators, refuting the impeachment threat, should be enough to put the matter to rest.

He, however, enjoined the PDP caucus in the National Assembly to play politics of issues instead of focusing on individuals.