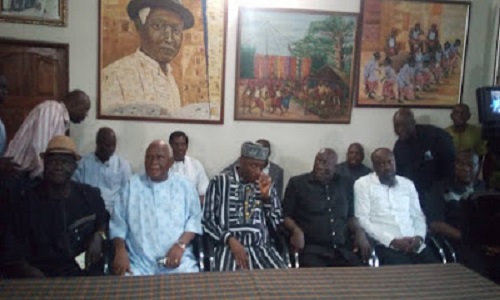 Immediate past Governor of Rivers State and Minister of Transportation, Chibuike Rotimi Amaechi, has promised to bankroll the funeral ceremony of the late literary icon, Captain Elechi Amadi.

Speaking when he paid a condolence visit to the family of Amadi in Mbodo, Aluu community in Obio/Akpor Local Government Area of the state at the weekend, Amaechi said his decision to sponsor the burial of the late literary giant was in appreciation of his sterling contribution to the development of Ikwerre ethnic nationality in particular, and Rivers State in general.

The minister, like Amadi, is from the Ikwerre ethnic group in Rivers State.

To achieve this, the former Rivers governor said he would set up a burial organizing committee with his wife, Judith, to liaise with the Amadi family in order to give the late literary icon a befitting burial.