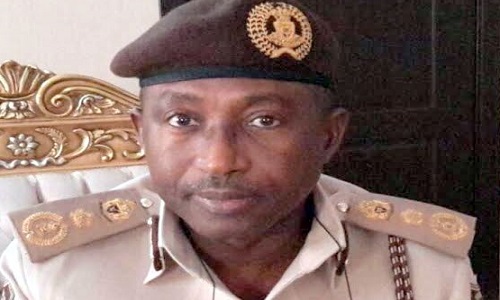 The federal government has warned the 2,000 Nigeria Immigration Service (NIS) applicants protesting against screening to report on Monday for the exercise or forfeit their offers of employment.

Some of the recruits had intensified protests in Abuja following moves by the service to re-screen them before offering them employment.

The 2,000 dismissed recruits had been protesting at the National Assembly and the Ministry of Interior since 2015 for their reinstatement.

They were recruited by a Presidential Committee set up by former President Goodluck Jonathan in 2105 following the NIS recruitment tragedy in 2014 in which at least a dozen applicants lost their lives and others sustained injuries during the exercise.

Addressing newsmen on the issue yesterday in Abuja, the Comptroller General (CG) of NIS, Muhammed Babadede insisted that the service would go ahead with the re-screening of the 2,000 dismissed immigration recruits despite their continued protest.

Babadede said that the screening of the dismissed “applicants” whose names were earlier published in newspapers, would take place as scheduled at the NIS Headquarters, Abuja from August 29-September 4.

He explained that the proposed background checks on the “applicants”, which included security clearance, drug tests, certificate verification and age on rank were mandatory before any employment into the NIS.

His words: “The background checks are a normal practice globally when recruiting personnel into military and paramilitary agencies.

“The committee has no power to recruit, they were just to assist. The recruitment was done illegally.

“We are doing test. We cannot give arms to officers when they are under drugs”.

Babadede added: “Then we are putting our country our people in danger. The board sat down three months ago and decided that any officer who is coming into the service will be based on the implementation of age – on-rank policy, security clearance, drug test and certificate verification. That is what happens in the military.

“I cannot understand why the applicants are complaining. It means they have something to hide.

“Anybody who did not come for the screening, the person has screened him or herself out of the job.

“We are following due process. If we find you as a drug addict then a letter of advice will be given to you to go to drug law enforcement agency for rehabilitation”.

He went on: “If we find that you have a fake certificate then we hand you over to the police.

“Majority of the applicants will come for screening we are sure. They were few people who probably have fake certificates and drug issue attracting attention that they do not want to be screened.

“We are certain that only a very few from the 2,000 applicants have mobilised the large numbers against the government.

“However, we will continue with the screening on the published lists. We will be professional. We will be fair. This I promise. But they must be screened”.

Mr. Babandede stressed that the exercise was not a fresh recruitment and urged members of the public not to forward any employment application to the NIS.