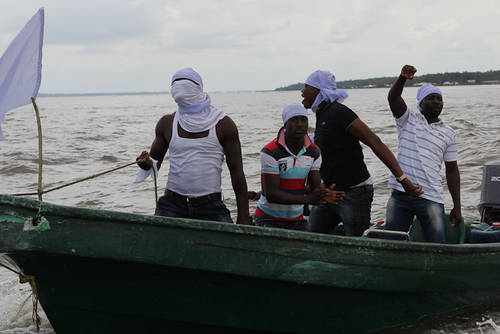 It was gathered that the militants disguised in white-mourning outfits in a gunboat and opened fire on the soldiers when they approached the Nembe waterway checkpoint.