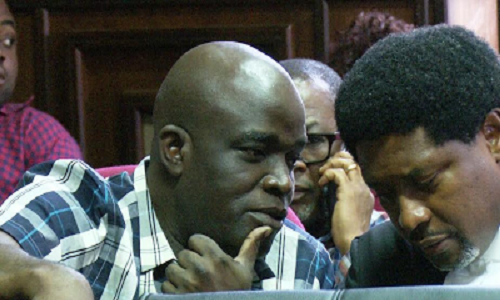 A Federal High Court in Abuja has ordered that Abiodun Agbele aka Abbey, an associate of Governor Ayodele Fayose of Ekiti State, be remanded in Kuje prison, Abuja.

The trial judge, Justice Nnamdi Dimgba, made the order shortly after Agbele, who has been in Economic and Financial Crimes Commission, EFCC, custody since July 1 this year, was arraigned on an 11-count charge of money laundering.

When the charges were read to him, the Ekiti governor’s associate pleaded not guilty.

Agbele, who was arraigned with three companies – Sylvan Mcnamara Limited, De Privateer Limited and Spotless Investment Limited, was accused of laundering about N4.685billion by EFCC.

Justice Dimgba, who took arguments from parties on the bail application filed by Agbele’s lawyer, Mike Ozekhome (SAN), adjourned till Thursday for ruling on the application.