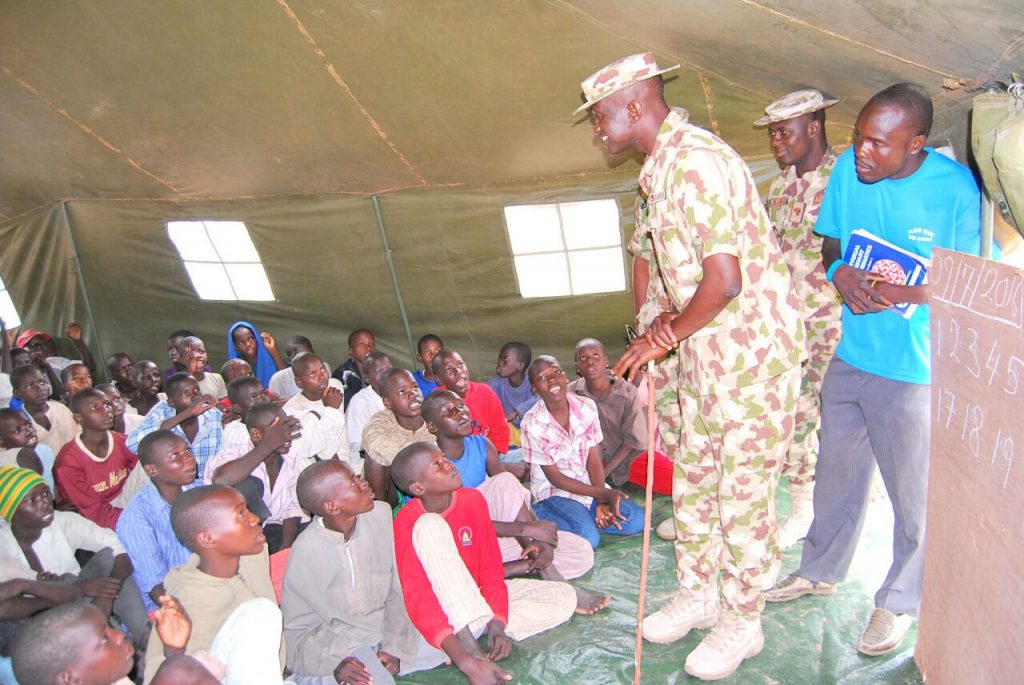 Troops of the 21 Brigade, 7 Division of the Nigerian Army has established a temporary school for children at the Internally Displaced Persons, IDPs, camp in Bama, Borno State.

A statement by the Acting Army spokesman, Sani Usman, said the project was aimed at enhancing “civil-military relations.”

According to the statement, the school which comprises of six military tents, has a population of over 3,000 children as students.

“The school comprised 6 military tents in which soldiers not on essential duty served as teachers. In addition, some of the IDPs who were teachers before the their displacement, also teach in the school.

“Presently, the school has a population of over 3,000 children. The Brigade has also establish a section of adult education for women.” 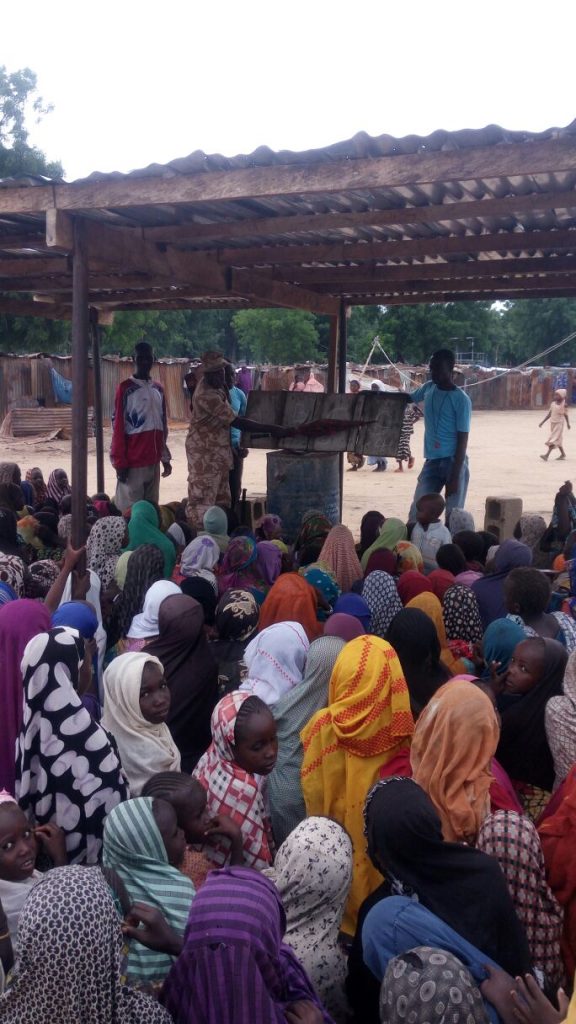 Impressed by the initiative, the “United Nations Children Fund, UNICEF, also assisted the Brigade with 2 additional tents and school bags for the pupils, while Borno State Urban Education deployed a Principal to assist in running of the school.

“The United Nations Assistant Secretary-General and the Regional Humanitarian Coordinator for the Sahel, Mr Toby Lanzer, and Borno State Government celebrated the recently held World Humanitarian Day with the IDPs in the school and commended the efforts of the Nigerian Army for establishing the school,” the statement added. 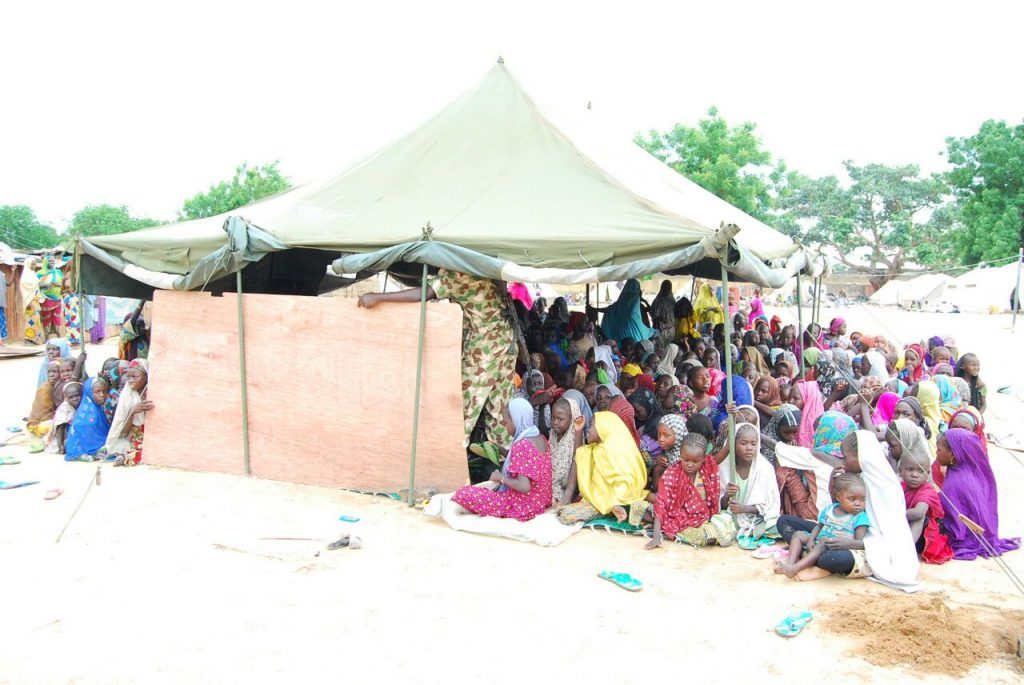 The Army further disclosed that an American Non-Government Organization, Empower54, was equally impressed with the fact that “despite the heavy responsibility of fighting off the terrorists daily, the soldiers are making time to teach the children.”

In appreciating the soldiers of the 21 Brigade for their selfless effort, the NGO established a blog and a hashtag for the school. 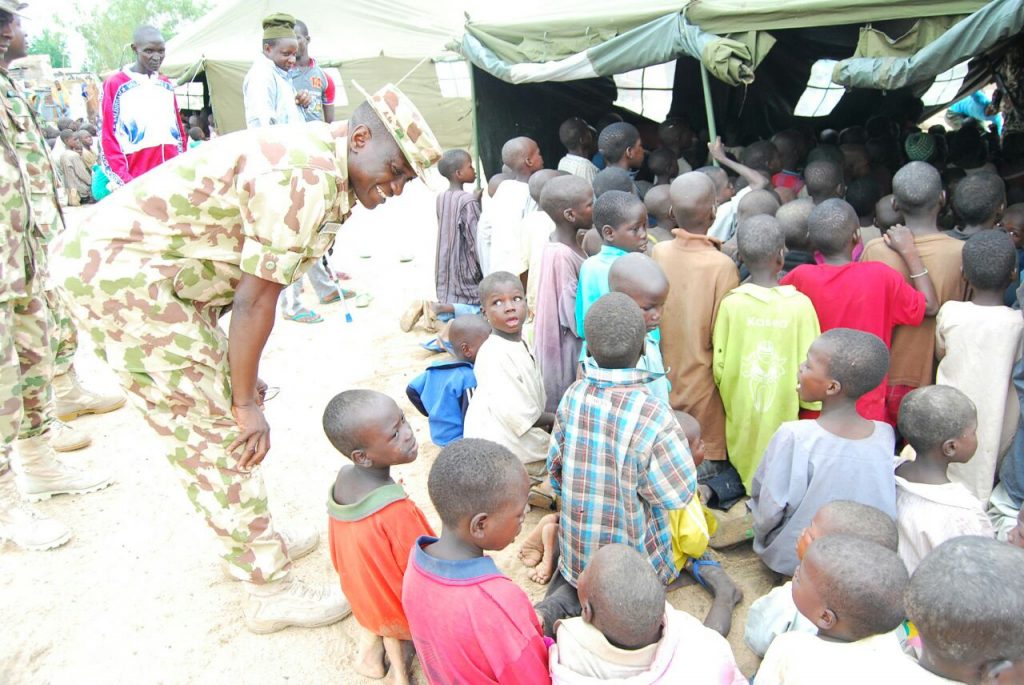