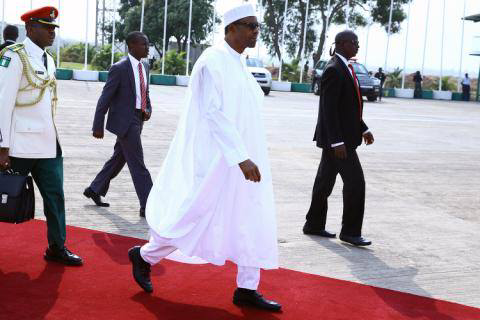 On this day in 2015;President Muhammadu Buhari,  set up a 13-member panel to probe two of his predecessors, late Umaru Musa Yar’Adua and Dr. Goodluck Jonathan, on procurement of arms and ammunition for the Armed Forces.

Lalong, who was on this day at the Presidential Villa  on behalf of the embattled Immigration boss, spoke to newsmen after a meeting with the President.
And on this day in 2014;Bodies of the four Nigerians, who died of Ebola Virus Disease, EVD, was  cremated in line with World Health Organisation, WHO, requirements for disposal of such corpses.

The body of the index (first) case, Patrick Sawyer was the first to be cremated on July 25, 2014. The decision to cremate the bodies, it was gathered, may not be unconnected with the deadly nature of the Ebola Virus which is known to be easily transmissible from human to human during handling of corpses of victims.