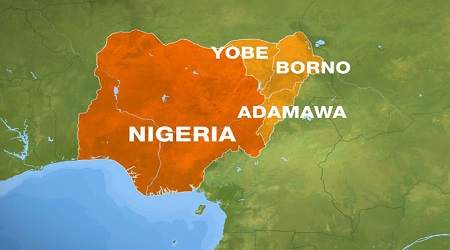 On this day in 2015;In order to reduce the rate of unemployment and forestall violence among youths in the North-East of Nigeria, the Federal Government  embarked on empowering over 500 youths on skill acquisition.

The welcome initiative which was handled by the Presidential Initiative for the North East (PINE) also seized the opportunity to train them on rice re-bagging exercise.
Also on this day in 2014;Former  deputy Senate President, Senator Ibrahim Mantu  headed the Screening Committee of the Peoples Democratic Party, PDP that screened the former Chairman, Economic and Financial Crimes Commission, EFCC, Mallam Nuhu Ribadu who was granted waiver to participate in the primary election ahead of the October 11 gubernatorial election in Adamawa
And on this day in 2014;Shehu,the president’s Senior Special Assistant, Media,  who was reacting to the statement issued by the PDP National Publicity Secretary, Olisa Metuh, that “the economy is going down’’ under the All Progressives Congress (APC) administration said  “It is ridiculous for any sane government to artificially rebase the economy and claim to transform Nigeria into the largest economy in Africa as the PDP administration did.’’