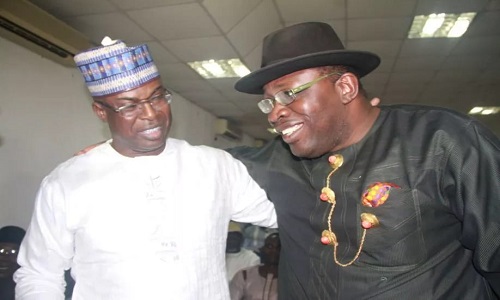 The Bayelsa State Government and Chairmen of the existing Local Government Councils in the State, again, yesterday extended the olive branch to the governorship candidate of the All Progressive Congress (APC), Chief Timipre Sylva following last week’s judgment by the Court of Appeal which upheld the decision of the Election Petition Tribunal on the election victory of Governor Seriake Dickson.

Recall that the State Commissioner for Information and Orientation, Hon. Jonathan Obuebite, had said that though the state received the decision of the appellate court with cheers, the State Government extends a hand of fellowship to the few APC followers remaining in the state and Mr. Sylva, to come join hands with the administration of Gov. Dickson and contribute their own quota.

The Local Government Chairmen through the Chairman of the Brass Local Government Council, Hon. Bello Bina, again, pleaded with those in the opposition party especially former Governor Sylva, to join hands with Dickson to move Bayelsa forward, as this has become imperative.