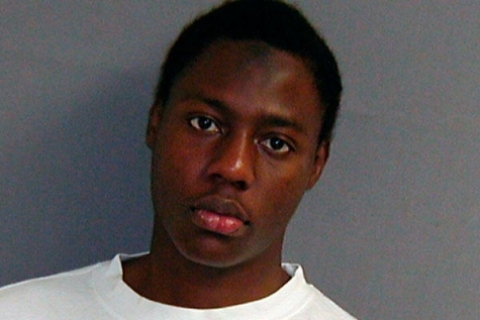 Umar Farouk Abdulmutallab, who was jailed in the United States in 2012 for terrorism offences has appeared on the voters’ register in Edo state.

Governor Adams Oshiomhole drew attention to the existence of AbdulMutallab’s portrait in a fake voters register now in circulation.

A high stake governorship election is due in the state tomorrow, with the All Progressives Congress candidate, Godwin Obaseki locked against Pastor Ize Iyamu of the opposition Peoples Democratic Party.

Oshiomhole spoke about AbdulMutallab during a visit to him by the United States Consul General in Lagos, Mr F John Bray.

The Edo governor said he was shocked to see the portrait of the “underwear bomber” the fake register, but with a Benin name.

Abdulmutallab was convicted of attempting on December 25, 2009 to detonate explosives hidden in his underwear on board an airline from Amsterdam to Detroit, Michigan.

“Right now, we have evidence of two versions of voter’s register – the one they have officially distributed and the one that some elements within the ICT in INEC have also produced in Abuja.

“And what they have done in the past, which we hear they want to re-enact again, is that whereas they will display one voter’s register which is reasonably accurate, there are still some flaws but let me say it is about 85 percent accurate, they also have a fake one which they intend to bring and spring a surprise in certain locations where they believe that they have no chance, and when the voters go there and you find a voter’s register different from the one that you know, there will be confusion in those voting centres.

“At the end, you may end up having people’s voice level going up and one thing leading to the other, and you could have violence. We will show you those samples between the one that we know and the one we have gotten through our intelligence and I want to give a copy to the embassy, and so you can study it and see it. That, for me, is the only thing I am worried about.

“If the INEC has two versions of voters register and they display one officially, then we have a problem. And the reason why this is extremely worrisome for me is that in my election in 2012, INEC tried to use this method to disenfranchise many of our supporters.

“For example, I was shocked to find the portrait of Mr Abdulmutallab, and that will interest your Excellency, the young man who has been jailed in the US for a terrorist act. His portrait is in the fake voter’s register with a Benin name under it. I am sure if you look at the face, if we don’t know the face, you the US officials know the face. And you find the name under it, that it is a Benin name in Ovia South West”.

He also said INEC has enlisted some members of the opposition as election observers.

“Last night, in my local government, one of the PDP leaders, who incidentally is on the list of INEC observers, I can be very specific, one Tenebe. We have information that he got boys around and they were shooting but the police went to apprehend them; they engaged the police in a shooting.

“The police had to go and reinforce. As we speak, I don’t have information as to how that was settled. If you have people like this engaged in violence, then it poses a challenge.

“Unfortunately, it takes more than one hand in this case to achieve a free and fair election. All the political parties must be committed to putting away this thing”, the Edo governor said.

The United States Consul General, Mr John Bray, who led a delegation of election observers to the Government House, said: “We are here to observe the elections, we will all be watching this election very closely. It is essential that the election is peaceful, fair and credible and reflect the will of the Edo citizens.

“The postponement was a setback a few weeks ago, but I still believe it offers us the opportunity to hold the first successful and transparent gubernatorial election in states in 2016”.