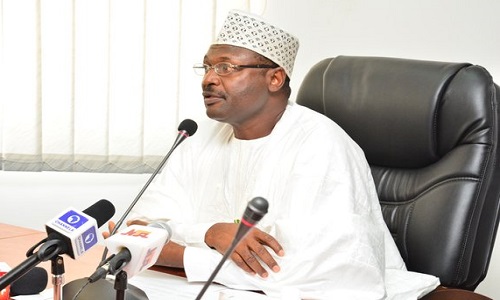 A civil society organisation (CSO), Coalition Against Corrupt Leaders (CACOL), has lauded the decision of the Independent Electoral Commission (INEC) to bar some of its electoral officials under investigation by the anti-graft agencies over alleged corrupt practices, from partaking in the oncoming gubernatorial elections in Ondo and Edo states.

The anti-graft agencies are currently investigating some Resident Electoral Commissioners and other INEC staff for allegedly receiving bribes running into several millions of naira during the 2015 general elections.

Some of the indicted officials have started to refund their share of the loot while properties traced to some of them, have been confiscated, pending the conclusion of investigations.

With the governorship elections in Ondo and Edo States around the corner, the leadership of the electoral body took the step to bar some of its officials undergoing under probe from supervising the polls.

CACOL, in a statement made available to newsmen by its Executive Chairman, Debo Adeniran, on Thursday, described the step taken by INEC as bold and quite necessary as the country battles corruption on all fronts.

He said “the step is certainly one of the required steps in the efforts to curb political corruption in the country. It is part of the cravings of majority of Nigerians and it represents one of the yields of the anti-corruption drive”.

“We believe that even candidates who are under investigations by the anti-corruption agencies should not be allowed to contest elections until such candidates prove their innocence”, he said.

In concluding, the CACOL chief said, “We therefore urge the Attorney-General of the Federation (AGF), Abubakar Malami, INEC and other relevant agencies, to swing into action on the affected INEC officials. The suspected officials must be prosecuted while applying disciplinary actions against those found wanting must also be ensured.

“Also, the emergence of laws that would forestall electoral misconduct in the future which is driven to solve immediate and long-term measures towards curbing impunity in our electoral process is paramount”.