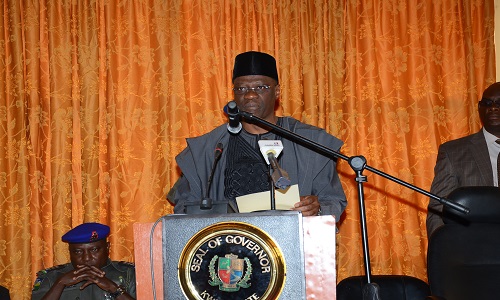 The Kwara State Government yesterday dismissed as false, allegations that it was clamping down on members of the opposition and gagging the media in the state.

The State Government, in a statement made available to reporters in Ilorin, the state capital Tuesday, by the Attorney General and Commissioner for Justice, Barr. Kamaldeen Ajibade, said as a firm believer in freedom of expression and the rule of law, it welcomes constructive criticism based on fact.

It acknowledged that people have the freedom to criticize the government and hold it accountable for its campaign promises.

The state attorney general, however, said that such freedom does not give anyone the opportunity to deliberately spread falsehood against the government in a way capable of causing public incitement.

Ajibade explained that what the government had done was to petition the police against falsehood peddled by certain opposition politicians in the media, adding that as required by law, the affected politicians were invited to defend themselves as part of investigations.

According to him, if by the end of its investigation the police recommend the prosecution of those individuals, it is the responsibility of the Office of the Attorney General to take a decision on whether to prosecute or not.

The commissioner, therefore, dismissed insinuations that the state government was trying to silence the media or clamp down on opposition figures within the state.