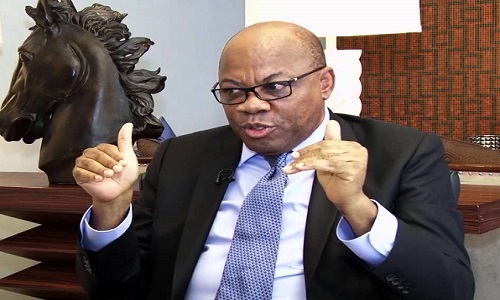 A former President of the Nigerian Bar Association, NBA, Olisa Agbakoba, has predicted that Nigeria will continue to wallow in economic recession for the next four years except the Federal Government takes hold of the banking sector and exert more regulatory control, among other measures.

This is just as he advised the Federal Government to return the Treasury Single Account to the commercial banks and create a new supervisory agency to monitor them, while the Central Bank of Nigeria should focus its attention on formulating monetary policies.

Mr. Agbakoba, a Senior Advocate of Nigeria, expressed these views while speaking to journalists in Lagos on Tuesday on what Nigeria should do to overcome recession.

Giving advice on how the country can come out of the recession, the senior lawyer and rights activist urged the Federal Government to return the TSA back to the commercial banks at single digit rates, he suggested 5 per cent, whilst supervising the banks.

“If banks focus on lending and not trading, money will flood the system for productive value”, he added.

Agbakoba, who maintained that Nigeria’s economy had already slid further from recession into depression, noted that the Federal Government did not have what could be called an economic team at the moment.

He suggested that one of the first steps that President Muhammadu Buhari should take to rescue the economy from recession was to set up an economic team comprising of experts or technocrats.

He suggested that government should engage the likes of Prof. Pat Utomi and Mr. Bismarck Rewane.

The former NBA chief stressed that the only way out of recession was for the government to pump money into the system by embarking on developmental projects rather than adopting austerity measures.

“We must spend our way out of recession”, he said. “When you go to the hospital and the doctor says you’re anemic, only one thing is done – transfusion. So, how can the government present an austerity programme?”

Mr. Agbakoba also said government must be clear as to what economic policy it wants to pursue to get the country out of its present economic challenges.

“The government must be clear as to what policy it wants to pursue. There is only one way out of recession and it is massive bouncing. You have to bounce the economy.

“You will be surprised if there’s a situation where Julius Berger and co are given contracts to build roads and you say for every contract, you must have 10 per cent labourers, you will find that the economy will slowly revive. But unfortunately, I am not seeing those things and if it doesn’t happen, we will be looking at a very long term, because a recession cycle is three years, but great economics, like the former Minister of Greece, can make it; we can recover by Q2 2017 but that requires applying the best possible method”, Agbakoba said.

He also argued that the emergency power being proposed by the Presidency was not necessary, saying all that the President needed was will power to do the right thing.