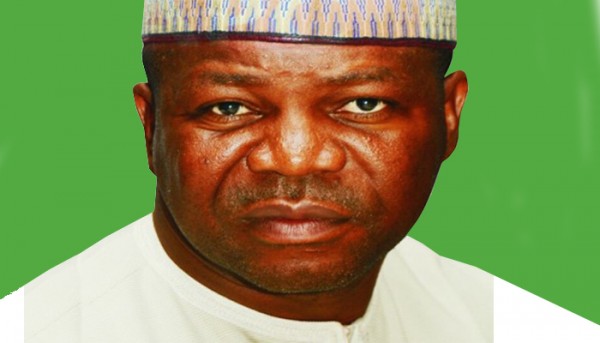 The younger Audu, who was arrested on Wednesday night when he honoured the invitation of the Special Anti-Robbery Squad (SARS) at the ‘A’ Division Police Headquarters in Lokoja, was arraigned before a Chief Magistrate Court in Lokoja, the state capital.

The accused was charged with criminal conspiracy, causing grievous hurt, mischief, armed robbery and attempted culpable homicide, contrary to sections 97(1), 248, 327, 298 and 229 of the Penal Code Law.

The prosecutor, Gabriel Otowu Esq. told the court that Mr. Audu allegedly committed the offence against his uncle, Prince Yahaya Audu on August 30, in the family house at Ogbonicha, Ofu Local Government Area.

According to the First Information Report (FIR) read by Otowu, the uncle alleged that he and one Ibrahim Imam were in the family compound at Ogbonicha for the eight days Fidau Prayer of late Dauda Audu, when the alleged offence took place.

He alleged that hoodlums that were heavily armed with guns, cutlasses and axe criminally conspired, invaded his compound and demanded for his properties, saying they wanted anything  “no matter how small”.

The uncle alleged that the hoodlums thereafter shot sporadically into the air and attacked him with machete as he attempted to give them money.

He said the hoodlums vandalized his Hummer Jeep and escaped into the bush only after he pretended to be dead.

Prince Yahaya further alleged that the accused, who is his nephew, had threatened to deal with him prior to the attack, adding that him and Imam, sustained bullet wounds and were later rushed to the Specialist Hospital Lokoja, for treatment.

In his submission, Okechukwu Ayewu, leading seven other lawyers for the accused, urged the court to grant his client bail in line with provisions of 36(5) of the constitution and sections 341(2) of the Criminal Procedure Code (CPC).

Otowu, however, did not object to the bail application but left the matter at the discretion of the court.

Chief Magistrate Alhassan Husaini granted the accused bail in the sum N100,000 and a surety in like sum and adjourned the matter to September 29 for further mention.