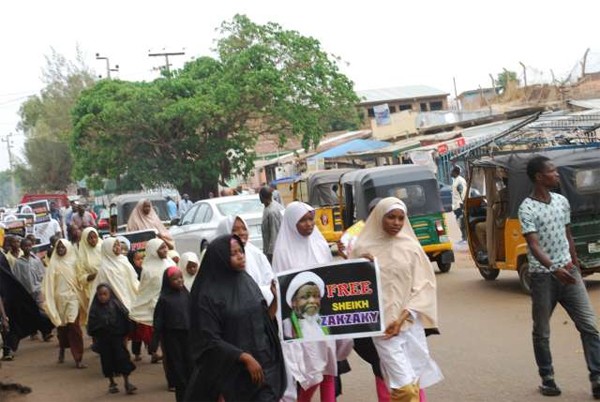 Members of the Islamic Movement in Nigeria (IMN) under the umbrella of the “Save Sheik Zakzaky’s Life Group”, have threatened to occupy the Federal Capital Territory, FCT, in their thousands if the Federal Government does not release their leader, Sheik Ibrahim El-Zakzaky.

The group, in a statement signed by its Coordinator, Malam Bashir Mafara on Monday, also accused the President Muhammadu Buhari-led government of acting out the script of foreign and international allies, aimed at wiping out the movement.

Mafara claimed that there is a deliberate and calculated delay by the Nigerian Government to release El-Zakzaky, who has been in detention without trial since December 2015, after the clash between the Nigerian Army and members of IMN.

He added, “at this point, Save Sheik Zakzaky’s Life Group of Nigeria, after a careful and sensitive analysis, has realised that Buhari’s government is deliberately frustrating the life of Sheik Zakzaky in custody, with its worrisome hidden agenda; if not, why not release him to go for a proper medical examination; why not take him to the court of law; why are you violating the rule of law?”

The group called on the Buhari administration to release the IMN leader unconditionally within two weeks from today, warning that, “at the expiration of the deadline and without the release of Zakzaky, members of the movement including men, women and children, would storm Abuja, Nigeria’s capital,for a peaceful and well organized ‘sit around’ and we would not leave until our leader, Zakzaky is unconditionally released”.