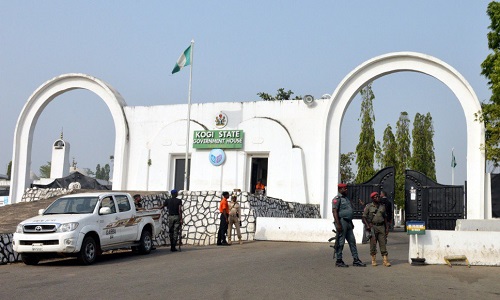 Chairman of the Association of Local Governments of Nigeria (ALGON), Kogi State chapter, Taufiq Isa, has discountenanced the rumor that the State Governor, Alhaji Yahaya Bello, has started packing him belongings and other personal effects out of the Government House, Lokoja.

There were rumors at the weekend that Gov. Bello had started moving his belongings out of the Lugard House over uncertainty of the judgment to be delivered by the Supreme Court on Tuesday.

The apex court will decide tomorrow whether to uphold the Independent National Electoral Commission, INEC’s declaration of Bello as validly elected governor of Kogi State or annul his election.

Speaking in Lokoja, the state capital yesterday, Isa described the speculation as a figment of the peddlers’ imagination.

“I was with the governor, his deputy and some top officials in their offices yesterday, and the issue of packing out of the Government House has not come up”, he said.

Also, Special Adviser to the Governor on Media and Strategy, Abdulmalik Abdulkareem, described the rumours as blatant lies coming from unserious people.

According to Abdulkareem, the governor and his exco members had no cause to worry and, therefore, had no reason to relocate.