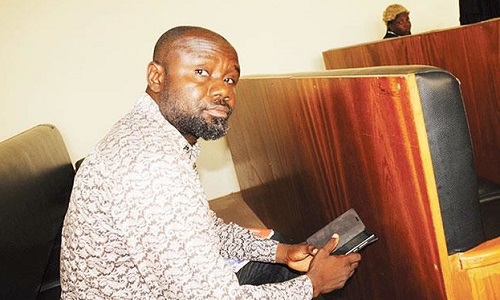 An FCT High Court on Monday struck out an impersonation charge against an alleged fake doctor, Ugwu Martins, to enable him face prosecution for a similar charge in an Abuja Federal High Court.

The Independent Corrupt Practices and Other Related Offences Commission (ICPC) on June 28, 2015 arraigned Ugwu on an eight-count charge of false statements and impersonation.

The ICPC had charged Ugwu with making false statement to the Chairman, Federal Civil Service Commission and had presented educational certificates of Dr. George Davidson to gain employment.

The defendant allegedly gained employment to the Federal Ministry of Health, Abuja with a forged certificate and earned N17.02 million salaries and allowances between Sept. 21 2006 and May 31, 2015.

He said the offences contravened Section 25(1) (a) of the Corrupt Practices and Other Related Offences Act, 2000 and Section 132 of the Penal Code.

But, the Defence Counsel, Oghenovo Otemu, had on Sept. 19, applied that the matter be struck out because Ugwu was being tried for a similar offences at the Federal High Court, Abuja.

At the resumed hearing on Monday, Justice Abubakar Idris-Kutigi, struck out the charge.

He held that it would amount to double jeopardy to continue Ugwu’s.

Idris-Kutigi argued that five of the eight-count charge against Ugwu at the Abuja Federal High Court by the Inspector General of Police bordered on stealing and impersonation.

He, however, held that the substance of the other seven charges against Ugwu borders on alleged false statements, which had no correlation with the charges before him.

He, therefore, struck out the charge of impersonation in the interest of justice.

The Prosecutor, Akponimisingha Osuobeni, drew the court’s attention to alleged threat message by Ugwu to his boss at the ICPC.

Osuobeni argued that the defendant had sent the alleged threat messages in which he ordered that his case file should be sent to the Attorney General of the Federation.

Idris-Kutigi noted that Ugwu’s case files was already in court, and warned the defendant to desist from the act, else, the court would order the prosecutor to take necessary steps against him.

He adjourned the case till Dec. 14 for hearing. (NAN)