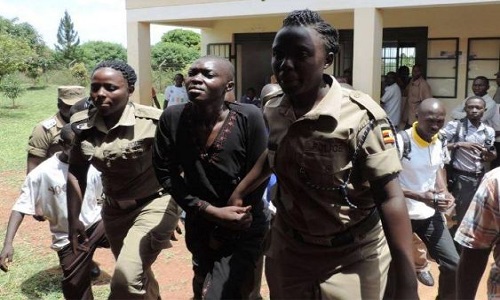 A 30-year-old woman accused of killing her two children in Kamuli district, Uganda, has unsuccessfully tried to commit suicide by jumping into the latrine.

The woman, Hasifa Nakato, attempted to kill herself during hearing of her case last week in a bid to escape justice.

According to reports, just before the charges were read to her, Hasifa feigned stomach upset and pleaded with the magistrate to allow her use the latrine in the court premises.

Unsuspecting of her motive, the magistrate granted the woman a five minutes recess while some police officers escorted her to the latrine where she attempted to commit suicide by jumping into the pit toilet.

“When we escorted her, she tried to force her legs into the opening of the latrine which is unusually wide. I think she had an intention of committing suicide so that she can block justice”, said a female police officer.