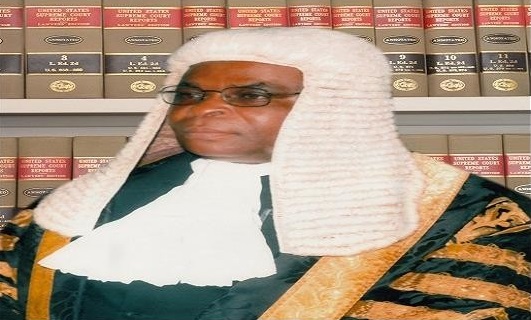 President Muhammadu Buhari’s foot-dragging over the endorsement of Justice Walter Onnoghen as the next Chief Justice of Nigeria, has been described as “dangerous” by a Senior Advocate of Nigeria, Sebastine Hon.

Mr. Hon pointed out that the tenure of the incumbent CJN, Mahmud Mohammed, would elapse in less than 48 hours, but the president had yet to give any official response to the nomination of Justice Onnoghen as the next CJN.

The recommendation was made by the National Judicial Council on October 10.

In a statement Monday, the senior lawyer said “The tenure of office of the incumbent Chief Justice of Nigeria, Mahmud Mohammed, will expire at 12 midnight on 9th November, 2016.

“The name of Hon. Justice Walter Onnoghen, the next most Senior Justice of the Supreme Court, has since October 10, 2016, been forwarded to the President, who is expected, constitutionally, to forward it to the Senate for confirmation.

“Till this moment, Mr. President has not forwarded Justice Onnoghen’s name to the Senate for confirmation. This is scary, to say the least.

“The time to act is now, as the Senate must confirm Justice Onnoghen latest on Tuesday, to further enable his swearing in just before or just after Justice Mahmud bows out”.

Mr. Hon noted that the image of the judiciary has nosedived in recent times, and the president must be seen to be preventing any further dent on the image of this crucial arm of government.

He, therefore, called on President Buhari to endorse Mr. Onnoghen’s appointment, who, he said, could be the first southerner in nearly 30 years to hold the post.

“Mr. President should once again act as the father of the nation, by forwarding Justice Onnoghen’s name for confirmation – since he is the only southerner entitled to occupy the seat of the CJN for close to 30 years. This gesture will go a very long way in cementing our sectional divides”.