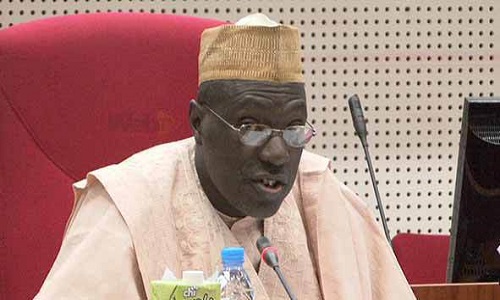 to Chief Femi Fani-Kayode, Senator Bala Mohammed, Senator Musiliu Obanikoro and Dr. Reuben Abati, who are all in EFCC custody.

The detainees are accused of corruption during the administration of former President Goodluck Jonathan, and each has been held for at least a week.

According to inside sources, the delegation encouraged all four detainees and expressed full solidarity with them.

“They further said that they were happy to see that despite their challenges and unwarranted detention, they were still strong and in high spirits while urging them to keep the flag flying”, the source said.

They assured all of them that the whole PDP family was solidly behind them, and urged them to keep their heads held up high and remain strong.

In their response, the four detainees reportedly expressed their gratitude to the Makarfi-led delegation for the visit and commended the leadership they demonstrated by coming to see them in EFCC custody.