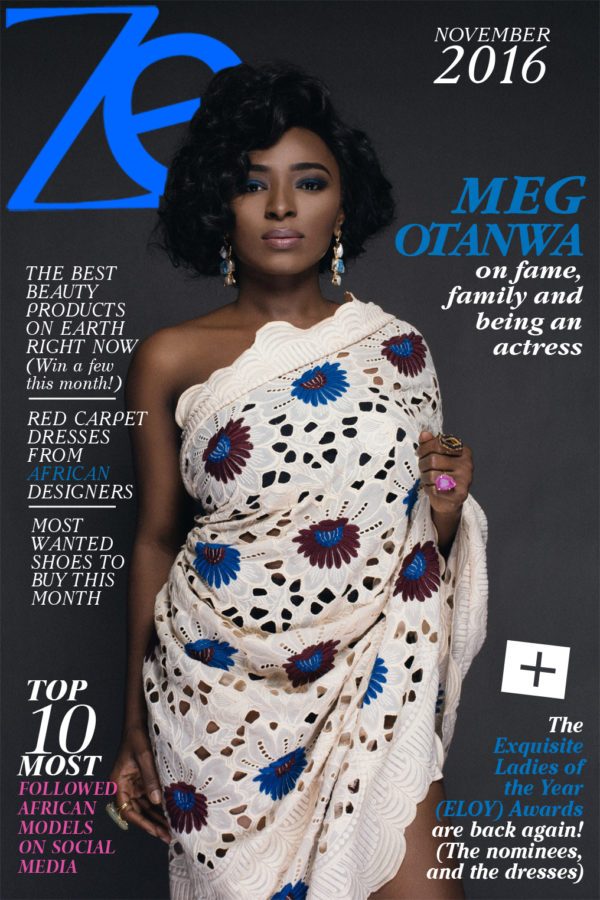 The actress who is up for a Best Actress nomination at the upcoming ELOY Awards this month has been having a great year.

Making her debut for the magazine, Meg honours the memory of her late mother by posing in her vintage lace along with accessories from Raya Jewelry.

The rising star talks candidly about her mother, rise in the movie industry, the actors who inspire her, her favourite African designers, Koko on HUSH, and so much more.