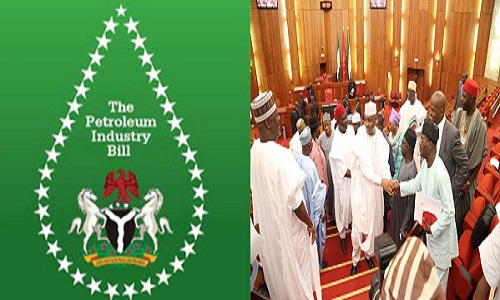 The long-awaited Petroleum Industry Bill, PIB, which seeks the unbundling of the Nigerian National Petroleum Corporation into two entities, has scaled second reading in the Senate.

The bill sponsored by Tayo Alasoadura (APC-Ondo) seeks splitting of the NNPC into Nigerian Petroleum Assets Management and the National Oil Company.

The PIB was first introduced in 2008 but it was not passed by the 6th and 7th assemblies, Mr. Alasoadura noted in his lead debate.

Even during the current 8th Assembly, in April, deliberations on the bill was stalled, delaying its consideration till today (Wednesday).

The sponsor explained that the bill was to provide transparency and accountability in the management of Nigeria’s petroleum resources.

The bill establishes a framework for the creation of commercially oriented and profit driven entities that ensure value addition and internationalization of the country’s petroleum industry, added Mr. Alasoadura.

The NOC, as proposed in the bill, will be an “integrated oil and Gas Company operating as a fully commercial entity and will run like a private company.

“It also provides for the establishment of a single petroleum regulatory commission which will focus mainly on regulating the industry.

“The poor performance of the NNPC is a major concern. The commercialisation of the corporation and its splitting into two entities is for more efficiency and to enhance performance”.‎

Senators, including Bernabas Gemade (APC – Benue) and James Manager (PDP – Delta) spoke in support of the bill before Senate resolved via voice vote to pass the PIB for second reading.

Senate President Bukola Saraki then referred it to the committees on petroleum (upstream and downstream) for further legislate action.