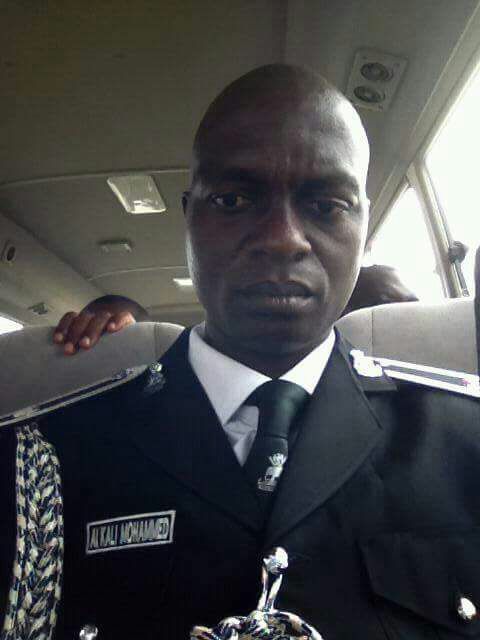 The Nigerian Army says  it has recovered one AK47 assault rifle and uniforms belonging to DSP Mohammed Alkali and his police orderly allegedly beheaded by cultists at Omoku, Ogba/Egbema/Ndoni Local Government Area of Rivers during the Dec. 10 re-run legislative elections.

Abdulkarim said that troops from the Division recovered the items  during a raid on four militant camps and cultist hideouts in Ujju community near Omoku.

According to him, troops also recovered assorted types of arms and ammunition stashed away by bandits in the area.

“The barbaric nature and manner of criminalities led the 6 Division to conduct a raid on December 31 on four suspected criminal camps located across the River, in Ujju community.

“In the raid, 6 Division troops in conjunction with Operation Delta Safe Special Boats Service and air component, engaged the suspected criminals in exchange of gunfire.

“Others are, 322 rounds of other ammunition calibres, bulletproof jackets, seven other police uniforms, 31 handsets, Automated Teller Machine Cards (ATM) and a First Aid box,” he said.

Abdulkarim said the clean-up operation was in continuation of efforts by the Division to recover weapons from cultists and militants who refused to embrace Amnesty offered by Rivers’ government.

He said that in spite of the just concluded amnesty programme offered by government, armed groups had continued to terrorise residents in Omoku town.

The GOC said that 15 persons including a soldier, four Civil Defence Corps personnel; two policemen and eight civilians were brutally murdered while several others kidnapped in the area in December alone.

“This trend of violence cannot be left unchecked as the Division will sustain “operation cleanup” to enable oil companies and the people to go about their businesses in peaceful environment,” he said.

Abdulkarim urged the  public to provide security agencies with vital  information that would lead to the arrest of cultists and militants and assured that their identities would be kept in confidence.